TED (Technology, Entertainment, Design) Talk is a renowned media organization that holds and shares online speeches of high achievers in various business and science niches, whose ‘ideas are worth sharing’, as the official organization’s motto says. For years, distinguished experts of their thing from all around the globe have been sharing wisdom in overcoming all sorts of challenges and hardships on their way to achieving success. Viral TED Talk videos cannot be left without attention due to their unique, insightful nature and so we decided to highlight some of the most memorable, interesting speeches centered around IT that took place on TED Talk venues. In particular, 10 most prominent IT-related speeches on TED.

The original format of TED performances has become especially popular during recent years. And when it comes to the field of IT, highly intelligent, authentic opinions of the industry’s major representatives are greatly supported in expression by an informal, easy-going atmosphere.

This speech is the ode to everybody striving to enter IT starting with the sole essentials of this niche instead of jumping straight into programming languages and development environments. Namely, with mastering the principles of logic and algorithm creation rules.

The thing is that as more and more developmental frameworks and various libraries appear, not all developers by far get to the bottom of they are actually doing. Everybody just knows that certain methods and operating frameworks solve certain tasks and create the corresponding code for them.

One rarely wonders how it all actually works in essence. Kevin Slavin tried to convince the audience that such a lack of fundamental knowledge can lead to negative consequences and that conscious programming and R&D are crucial.

This video is definitely worth 15 minutes of your time to check it out.

This here performance wasn’t really a call to action or a motivational speech intended to direct you towards the ‘path of truth’. Particularly, Danielle Feinberg briefly but wholesomely highlighted how good scientific knowledge combined with the aspiration to create art provided a perfect synergy with the programming basics for Pixar team’s minds. The results are some of the most vivid, beautiful, worked through in detail cartoons in history.

We believe that this speech can demonstrate many IT newcomers that coding doesn’t imply only the creation of dry code without a bit of artistic input. It’s not all about making a commercially profitable product that would impact the raging competition on the modern market.

Nick Bostrom – What happens when our computers get smarter than we are?

Artificial intelligence is among the basic niches of software development efforts of the now. The renowned AI expert Nick Bostrom, with his TED speech, expressed his take on the flipside of the whole deal. Thoroughly analyzing possible prospects of humanity striving to create a perfect artificial intelligence, he claims that the eventual replacement of live people workers with machines is the last thing we should be looking forward to. Global robotization will take so many people’s jobs and lead us to some unexpected consequences.

We strongly recommend watching this video to realize that innovative and advanced doesn’t always mean good and sufficient for living on a global scale of things.

Linus Torvalds – The mind behind Linux

The creator of Linux – Linus Torvalds (who is still constantly working on the OS’s functionality core development) – was answering an interviewers question during his performance. A brief video that resulted from that sheds light on the main motives of Linus’ creating such a large-scale project as well as on some individual practices inspired by personal life experience.

This is among the most insightful, significant videos for every IT person out there.

Probably, most every human being that lives in a civilized world and has Internet access knows who Elon Musk is. A true technovator to the core, he achieved astounding popularity in big part due to a good sense of humor and down-to-earth way of talking his mind. During the TED speech, he was basically telling the world why programming is, again, not all about code or coding and important it is to have a good share of financial motivation if you want to achieve great success in IT.

Make yourself comfortable and enjoy this 40-minute long insightful dialogue, which is more than worth your time.

Stuart Russell – 3 principles for creating safer AI
In continuation of the AI topic, another great speech about the artificial intelligence potential. Stuart Russell is a computer scientist that highlights the importance of establishing particular rules, following which, AI systems would grow and develop without any negative impact on humanity. He shares his individually elaborated principles for creating safe artificial intelligence-powered solutions.

It quite an exciting set of guidelines that everyone involved with AI-based projects should have knowledge of.

The oldest performance from our list, which, however, will stay relevant for years to come. Sergey Brin and Larry Page are joint founders of Google – a company that boasts more than 60 billion dollars attracted initially for its growth and development purposes. On TED, they told about the conception of their massively renowned digital offspring, its philosophy, and about how it all started.

This video would make great leisure for everyone inspired by such amazing stories of success.

Jimmy Wales on the birth of Wikipedia

A founder of omnipresent Wikipedia shares how he managed to gather millions of volunteers from all around the globe and build a famous free digital encyclopedia that can be edited and added. He also sheds light on the important role of an efficient search for venture investments.

This speech clarifies the advantages of creating open-ended solutions and highlights future prospects of such products. We’d also recommend paying attention to the exclusive way of expressing oneself Jimmy has – his natural charisma is another thing you could learn from to enhance the quality of public speeches in front of a huge audience.

Edward Snowden – Here’s how we take back the Internet

One of the most viewed TED videos of all time. Edward Snowden still has to hide from the American government due to previously disclosing top-classified information. That’s why he couldn’t attend his performance in person and had to use a special ‘walking display’ instead.

In his speech, even more secrets lying behind the worldwide web are shared by a real former NSA (National Security Agency) and CIA (Central Intelligence Agency) employee. A very exciting video to quench one’s conspiracy cravings.

Last but not least in our top of prominent TEDs is a Ukranian startupper behind Ecoisme project – a complex of software and hardware solutions that allow optimizing domestic energy distribution.

A bunch of guys from Ukraine, basically, managed to create a commercial platform that is able to decrease monthly public utility charges and make a significant contribution to overcoming global warming. Unfortunately, there is no archived video of Ivan Pasichnyk – one of the CEOs at Ecois.me – giving a TED talk during a yearly Ukrainian IndieGoGo event. Instead, we have this presentation video from the Ecois.me team that helped collect $50 thousand for the startup development.

This is a must-watch for everyone involved with organizing, leading, or working on Ukrainian startups.

A simple, accessible, and even entertaining to some extent format of delivering info has gained a colossal amount of popularity among modern, forward-minded audiences. You should definitely check out at least some of the videos we listed while all of them without exception are truly insightful and motivational. At DNA325, we just hope that we managed to provide some additional boost to your efforts in demonstrating your potential to the world. With that being said, if you have a startup concept you are hesitating about right now – get inspired and go for it! Ukrainian venture field is waiting for your impact. 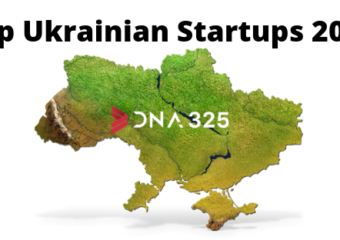